Due to the nature of our rehearsals, we hadn’t been able to test our interactive audience devices e.g. any of the call and response text or the remote control car which served drinks. The practicality of this was not ideal - however when executed during the live show, these moments of audience interaction were instrumental in including the audience as survivors and participants within the new world.As well as these devices programming the rules of the world into the audience’s mind, they were enacted in a way to provoke humour and maintain the gig venue. It was noted that ‘After the Flood’ was one of the first, if not the first, live events to happen after the first COVID peak - thereby, we used those circumstances to our advantage but did not to prioritise them over the audience having a good time - ontologically the ‘invisible’ (i.e. the pandemic) is a ‘symbolic dimension of the visible.’ As mentioned in a previous blog entry, our scenographic choices (the orange tissue paper and flood lights) allowed us to emphasise this symbolism and allow freedom of imagination for the audience.This kind of discourse between the visible and invisible, and the form in relation to function, allowed us to produce a ‘highly immersive and emotionally affecting conceptual space in the minds of participants.’ (Gavins & Lahey, 2016)

AFTER THE FLOOD
at Camden People's Theatre

On the day of the shows, our get-in was thoroughly timed and the execution of it was going to be to the wire. We had planned everything in advance - lighting run, sound run, tech run and setting up the space. By coordinating jobs for everyone, having prepared everything to be transported to CPT in advance and warming up on the go we were able to efficiently get through our get in in time for the 5pm show. 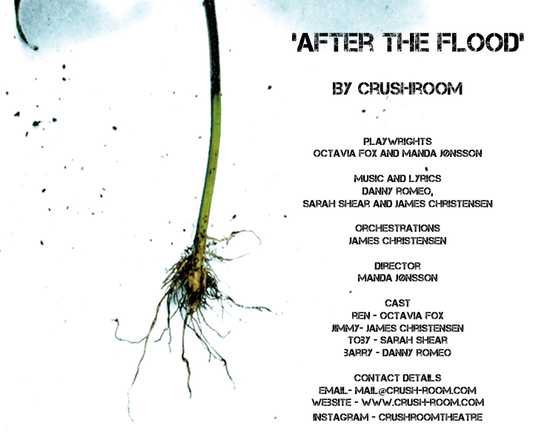 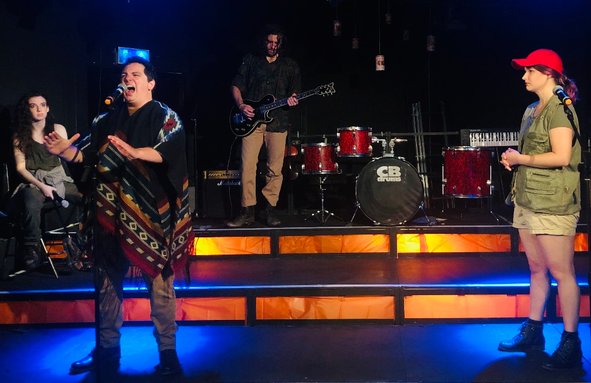 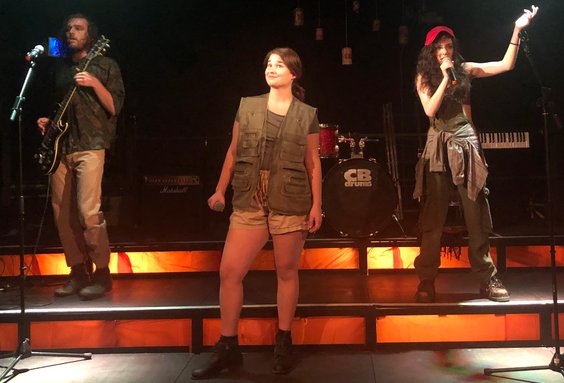 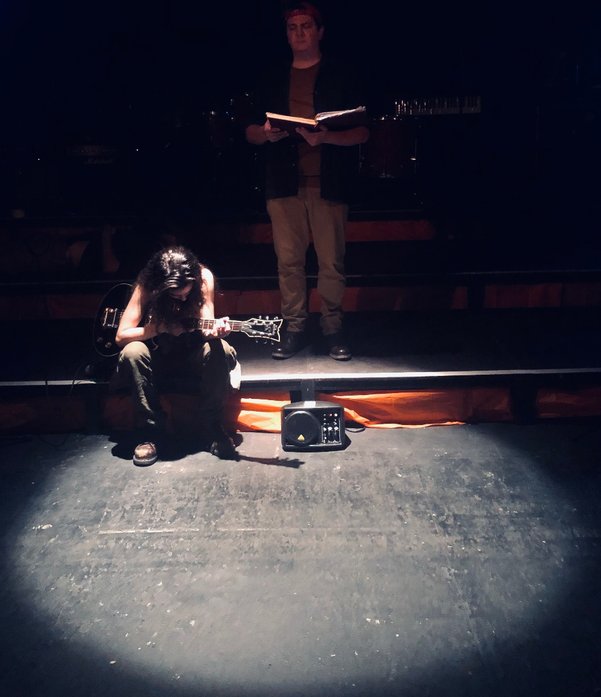 In the performances, we were able to engage with the world-building theory we’d practiced. As a guidance measure, and something we had implemented in the first iteration of the performance on ZOOM, Danny’s character - Barry - was to act as the bridge between the audience and performers. As one of the new generation (i.e. a Craker) he was also learning the rules of the new world, therefore was as in the dark as the audience in regards to our logic, he learnt alongside them QUOTE. Unlike the ZOOM version, the segments we planned for audience interaction were able to come to fruition. Previously we had labelled everyone’s ZOOM name as survivors with black out screens, thereby they were an anonymous crowd observing silently. For a gig venue this was not appropriate as communication and mirth is fundamental for that atmosphere. From the ZOOM feedback, we learnt that identifying the audience as survivors early on made them aware of what their role was in this world. We did this by taking their names at the beginning of the show in Toby’s ‘Book of History,’ a fundamental object describing the people and events before and after The Flood. By entering their names into the book, they were canonically written as part of the world’s history.  Manda, as an audience member, did realise how the mask requirement could hinder participation as an extra layer of distance from engaging with performers. Luckily, when the time came, participation did happen in forms of applause after song and answering questions in the ‘game’ segment, this was because the ‘groundwork’ had been laid and the architecture and dramaturgical logic had immersively transformed ‘space to place.’  (Ekman & Taylor, 2016)

Ultimately, our critical approach to world-building, utilising the text as a foundation to create original music and script, we produced a work that was unique due to the circumstances of the time, how we alleviated them and the characters and practice we engaged with. Ingenuities such as using a remote control car, social distancing on stage and using the dressing room of CPT as our bar architecture (which was so instrumental for our dramaturgy) makes ‘After the Flood,’ and CrushRoom, crucial in protecting and enhancing the arts in a post-pandemic world.