Just like in the music development, we used the  architecture of the ‘live-gig’ as a springboard for a scenographic development.
As we collaboratively brainstormed what we considered to be the defining characteristics of the ‘gig’ in our collective imagination, common sensations and trends began to emerge. In order to find a common vision for the show, all group members gave their individual response to what 'the gig' meant to them and based on a writing/drawing exercise around the 'gig'.  As the examples below illustrates, we found that a bar was very central to all of us. 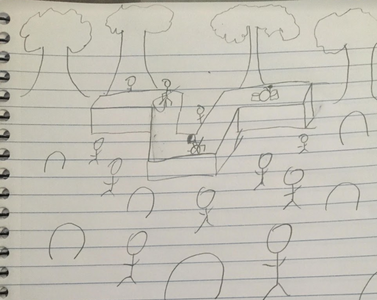 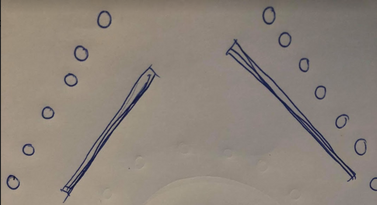 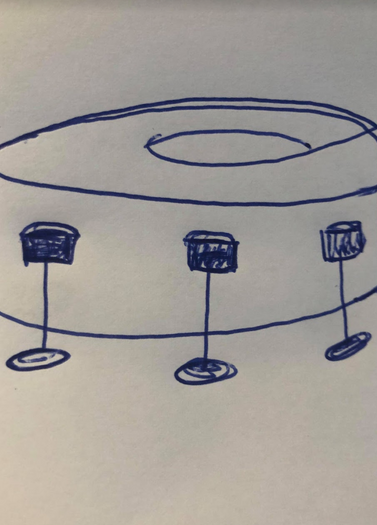 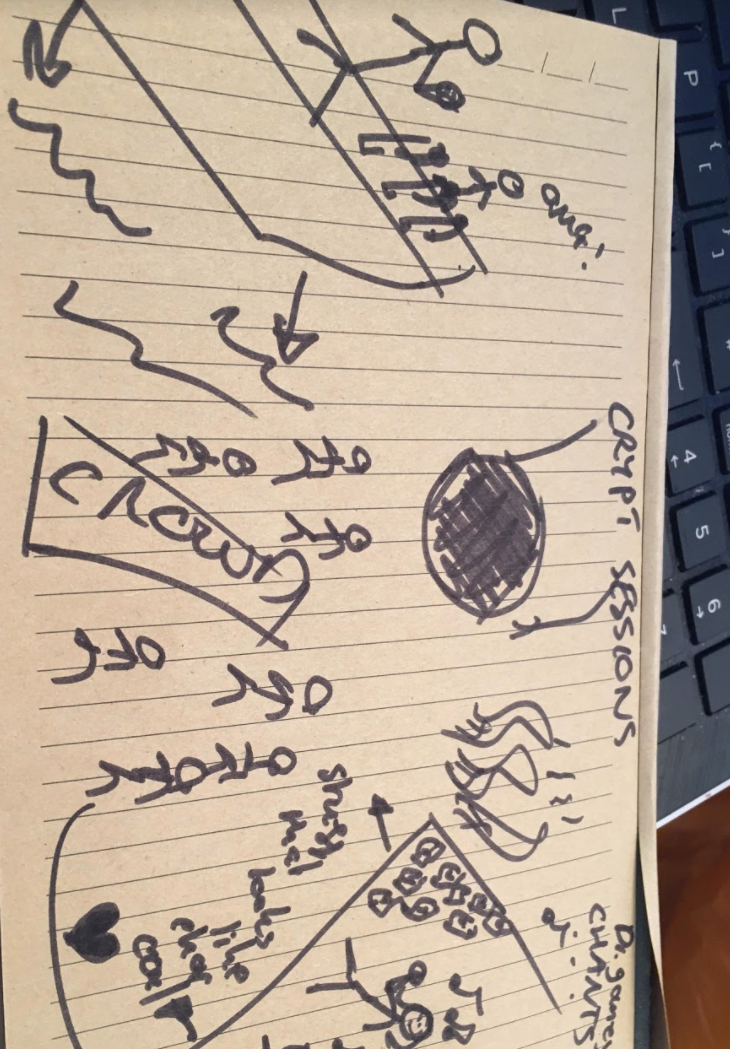 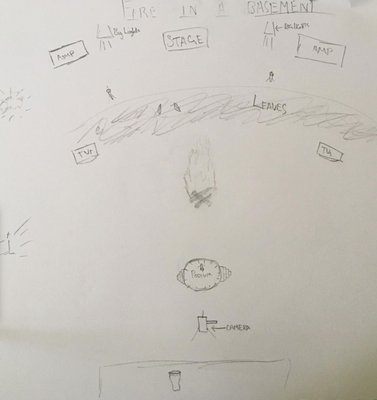 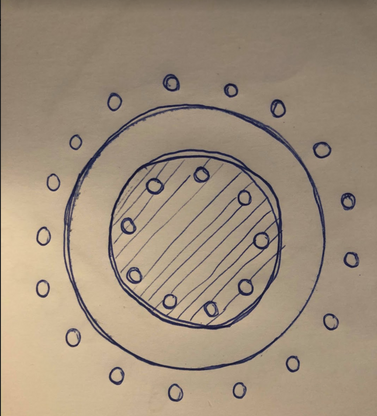 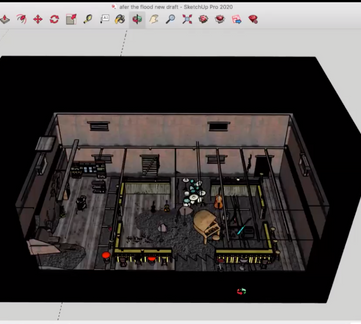 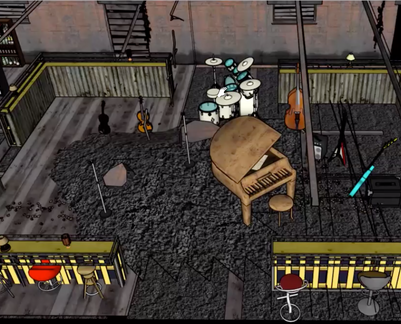 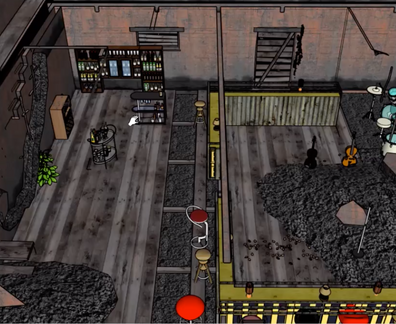 Based on the findings from the collectively generated material, Manda designed a scenography which could accommodate the gig atmosphere as well as serve the possible future regulations of social distancing that we had to incoporate in the show.

When we transfered from the virtual rehearsal space to the physical space, Manda and Octavia visited CPT early on which allowed us to record these measurements for appropriate rehearsal.
It also meant we could utilise the space  to our advantage and adapt the predesigned scenography to what was already in the space. Firstly, as sociability and serving drinks were a crucial part of our dramaturgy we had initially planned to build a palette bar to fit in with our punk/junkyard aesthetic.
The space at CPT was much smaller than we had expected, and due to a very limited get-in time, they decided to change the whole scenic design. Looking very carefully at all the details in the space, Manda discovered at a dressing room with a viewing platform blocked by shutters which was the perfect bar!
It freed up more space in the actual theatre space and added another level of physical comedy.
As the audience could not be seated around the gig, which originally was planned to emerge in the center, it gave more space for the performers by deciding to  reverse the seating arrangement. Therefore, the performance would be staged on the stairs with the audience seated in the traditional performance space. This allowed us to play with exciting scenographic choices, such as putting orange tissue paper in between the stair gaps with a flood light behind it.